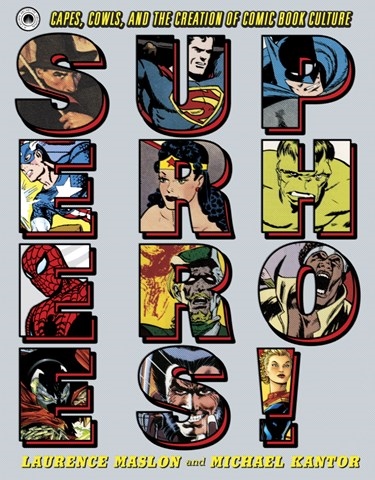 SUPERHEROES! Capes, Cowls, and the Creation of Comic Book Culture

Laurence Maslon produced “Superheroes,” an eighty-year history of comics for PBS, which spun off into a great coffee table book and this audiobook. Of the three, the audiobook suffers for its lack of art. What's a book about comics without pictures? Still, it's a good overview of the comic book industry for the non-comic reader and a refresher for the comic enthusiast, though this is well-trod soil. Maslon performs his own work, which slightly diminishes its impact. He's an efficient narrator but lacks the skill to achieve a memorable performance. He charts the creation of the first comic superhero, Superman, who fathered generations of spandex-clad adventurers, and touches upon dozens of others, including Captain America, Batman, and Spider-Man, and, from more recent times, Spawn and the Walking Dead. M.S. © AudioFile 2014, Portland, Maine [Published: JANUARY 2014]