Home»Reviews»"THE PRESIDENT HAS BEEN SHOT!" 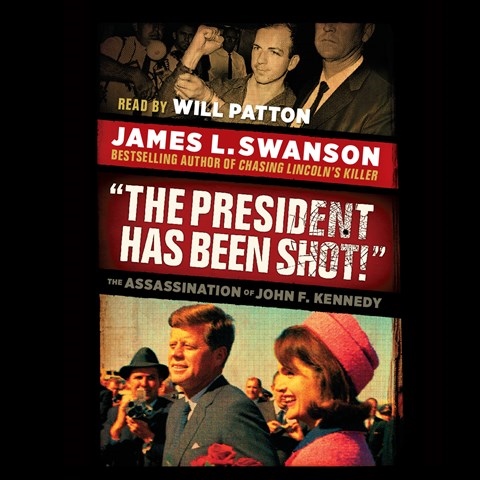 "THE PRESIDENT HAS BEEN SHOT!" The Assassination of John F. Kennedy

by James L. Swanson | Read by Will Patton

Riveting. Young adult listeners will learn a lot from Swanson’s overview of John F. Kennedy’s early years, election, and administration—as well as from his minute-by-minute account of Kennedy’s assassination in Dallas in November 1963. Will Patton is purposeful and precise as he narrates. With the you-are-there style, listeners ride in Kennedy’s limousine, look down from the Texas School Book Depository, move through the halls of the Dallas police station, fly with the shocked and grief-stricken entourage in Air Force One, and walk with the funeral cortege. With brisk and urgent pacing, Patton voices each factual nugget and lets it hang momentarily before pressing on to the next. Other features include audio excerpts from Kennedy’s inaugural speech and a list of landmarks listeners may want to visit. A.R. Winner of AudioFile Earphones Award © AudioFile 2013, Portland, Maine [Published: OCTOBER 2013]