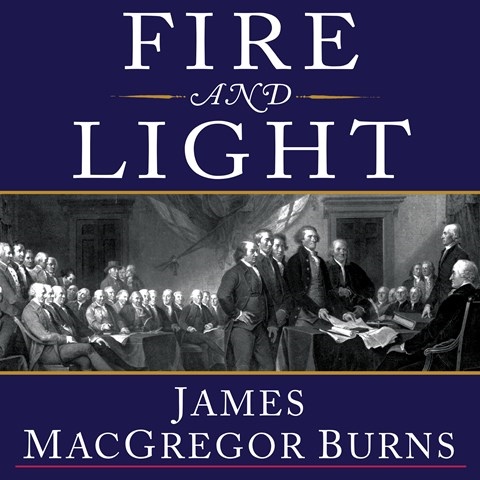 FIRE AND LIGHT How the Enlightenment Transformed Our World

Burns examines the history and influence of Enlightenment thought from its beginnings in the late sixteenth and early seventeenth centuries to the nineteenth century, and even, in the U.S., into modern times. Norman Dietz has a likable voice and a fluid style, sometimes almost too fluid. Still, he’s expressive and generally good at matching tone and inflection to the text. His reading is spotted with incorrect or odd pronunciations, and his pronunciation of French, which occurs fairly often, ranges from awkward to garbled. While better production support would have made this better, Dietz does a capable job. W.M. © AudioFile 2013, Portland, Maine [Published: DECEMBER 2013]