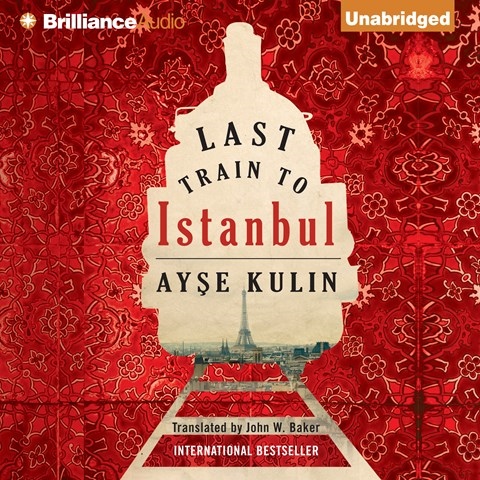 Set in Turkey against the backdrop of an expanding Nazi empire, this tense drama unfolds as a sister is exiled from her family. Narrator Sanjiv Jhaveri is an excellent choice for this novel, though it is dominated by female characters. He manages to modulate his voice without making it shrill; the overall effect is believable. Jhaveri's pronunciation of Turkish words and names is excellent and doesn't disrupt the building suspense. This drama of the severe consequences that can arise from one's actions is brought to life through Jhaveri's rapid delivery and even cadence. M.R. © AudioFile 2013, Portland, Maine [Published: OCTOBER 2013]