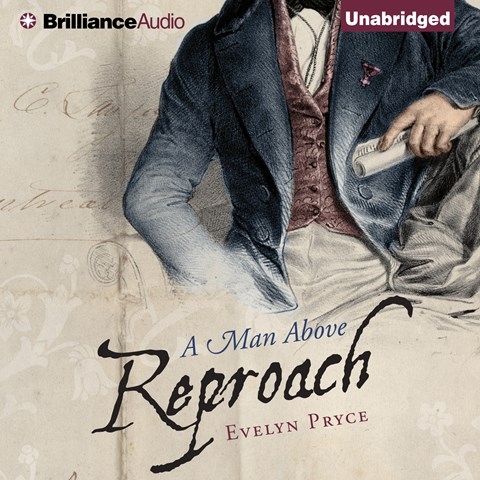 A MAN ABOVE REPROACH

James Clamp has a facility for accents and a talent for acting. That winning combination makes this listen enjoyable and memorable. The newly minted Duke of Lennox, dubbed "Uncatchable" by all the debutantes chasing him, finds himself reluctantly attracted to "BB," the "Bawdy Blue Stocking," a masked beauty who plays the piano at a bordello. She’s a woman of many secrets and plans—which do not include attracting the interest of a handsome and determined duke. Clamp is equally adroit with the voices of women and men, including the English accents of the upper crust, pompous servants, and Cockney-sounding rabble as well as the Scots accent of the lovely "BB." A.C.P. © AudioFile 2013, Portland, Maine [Published: NOVEMBER 2013]