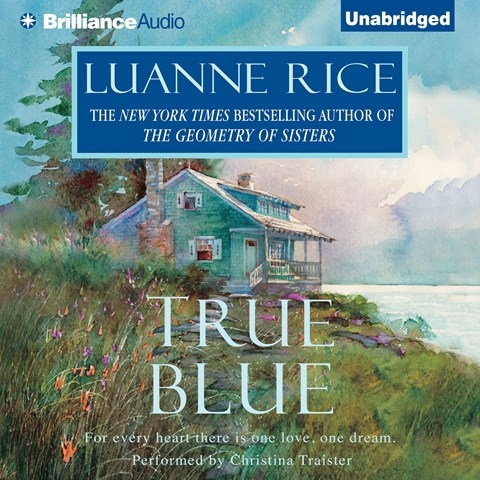 Rumer Larkin must make peace with her childhood sweetheart when he and his son move back to Hubbard Point, 20 years after he married her sister. Narrator Christine Traister's performance captures the continued attraction between Rumer and the now-divorced Zeb and the awkwardness that ensues as they reestablish a new relationship, which is complicated further by the appearance of Rumer's sister. Traister's medley of distinct, fresh voices conveys the differences between the generations and highlights the repetition of history as Rumer's nephew begins falling in love with a local girl. Traister's rich tones offer a smoothly flowing reading that effortlessly moves the listener through some of the inconsistencies in the story. M.F. © AudioFile 2013, Portland, Maine [Published: DECEMBER 2013]