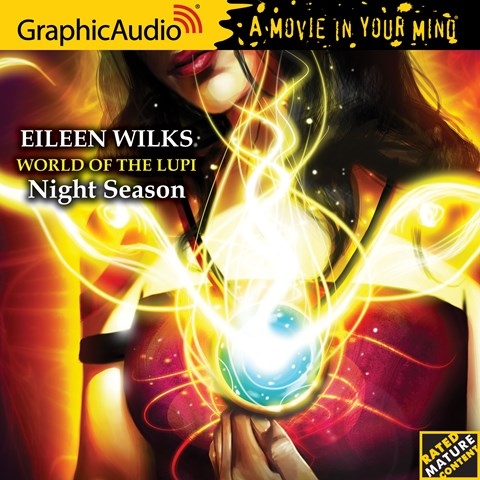 NIGHT SEASON The World of the Lupi, Book 4

by Eileen Wilks | Read by Colleen Delany and a Full Cast

Listeners enter the world of the Lupi (werewolves), where magic is as viable a commodity as cash and dragons are beloved, if feared, creatures who spread the magic around. Pregnant FBI Agent Cynna Weaver finds herself the most valued person in two worlds as she journeys to a magical land to find a mysterious medallion. In the process, she meets her long lost father, who was kidnapped when she was a child. Colleen Delany and a full cast re-create these worlds and its denizens with actors' skill. All are uniformly excellent as they use voices and sound effects to bring listeners into this strange land. Background noise and eerie music add to the atmosphere of otherworldliness. It’s a pleasure to get lost in this world. M.S. © AudioFile 2013, Portland, Maine [Published: DECEMBER 2013]