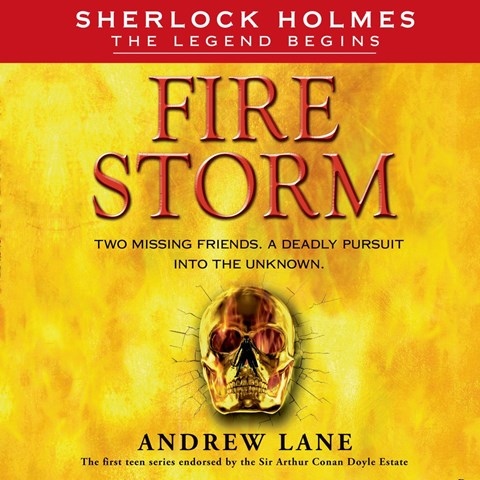 Narrator James Langton portrays 14-year-old Sherlock Holmes, ably capturing the qualities and quirks that the famed detective became so known for when he grew up. After his American sleuthing partners, Virginia and Amyus Crow, father and daughter, go missing, Sherlock and his friend, Matty, follow clues all the way to Scotland to find them. Their survival hinges on the combination of Sherlock’s unwavering logic and Matty’s instinct. Langton demonstrates a genuine understanding of every character’s motivations and deftly portrays their various foreign accents and class distinctions. As delivered by Langton, the voice of the criminal mastermind, Scobell, exudes such malice it makes one’s blood run cold. This series is a must for Sherlock fans and will undoubtedly attract new ones. M.F.T. © AudioFile 2013, Portland, Maine [Published: NOVEMBER 2013]