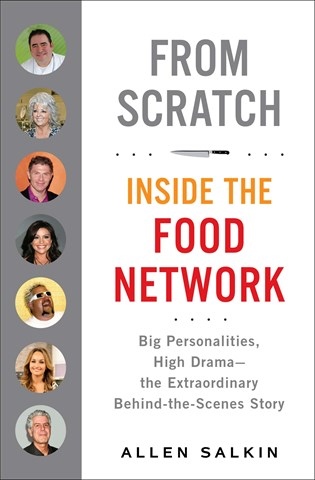 FROM SCRATCH Inside the Food Network

The provocative behind-the-scenes story of the launch of the Food Network is one of those audiobooks that engages the listener's attention to the point of eluding life's next tasks. The billion-dollar network had little known humble origins and a myriad of hurdles to overcome. Narrator Julian Fleischer sounds intrigued by the machinations of the exhilarating corporate culture and cleverly hints at the players' distinctive voices to make it all thrillingly familiar. Interviews with famed chefs and cooking show luminaries whet the listener’s appetite before the author plunges into details of the financial perils and triumphs that evolved into the successful venture. Quotes from many high-powered personalities and lots of spicy dialogue as well as juicy scandals and hilarious exposés are vividly portrayed in Fleischer's adept performance. A.W. Winner of AudioFile Earphones Award © AudioFile 2014, Portland, Maine [Published: JANUARY 2014]