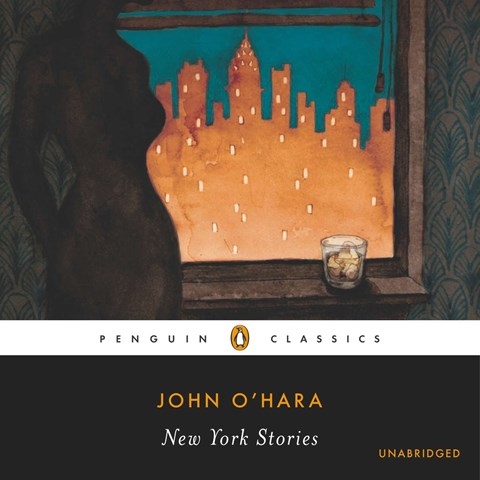 John O'Hara was a master of documenting social relationships, and he had an uncanny ear for capturing American speech of the mid-twentieth century. Here, an assortment of talented narrators—including Jon Hamm, Richard Kind, and Gretchen Mol—give voice to a fine assortment of his New York stories with remarkable finesse across the board. Each narrator handles the rapid-fire shifts in accents with aplomb. A wide array of O'Hara characters is vividly brought to life: faded Hollywood celebrities, New York socialites, past-their-prime businessmen, bartenders, cab drivers, thugs, and Irish maids. This production of some of O'Hara's best stories creates an immersive snapshot of a bygone era in New York. S.N.M. 2015 Audies Winner © AudioFile 2014, Portland, Maine [Published: JUNE 2014]