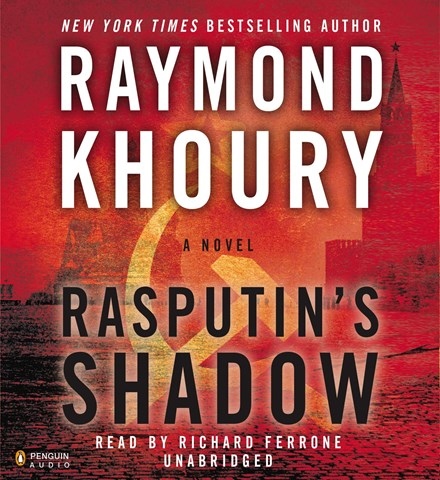 Richard Ferrone's narration adds just the right hint of the sinister to this story of mind manipulation. In 1916, in a mine tunnel in the Urals, a group of miners goes berserk and begins killing one another. Above ground, Grigory Rasputin and "a man of science" push a button and the mine explodes. Fast-forward to the present day and, in Raymond Khoury's latest Sean Reilly adventure, Reilly's still trying to find the CIA agent who brainwashed his son. When a Russian diplomat jumps, or was pushed, to his death from his Queens apartment, Reilly's personal mission is put on hold as he investigates. Ferrone's layered performance creates an atmosphere in which darkness hovers, and when shocking secrets are revealed, his intensity is catching. Exciting listening. S.J.H. © AudioFile 2014, Portland, Maine [Published: JANUARY 2014]