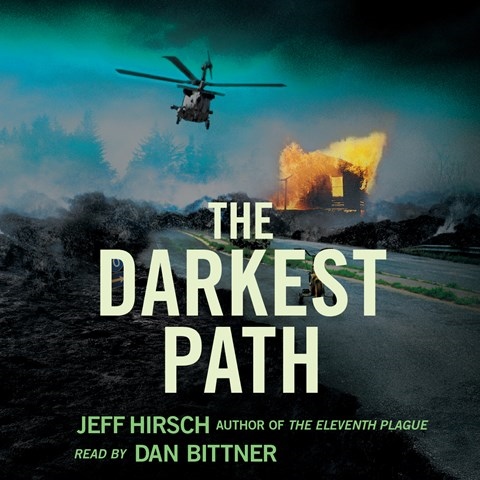 Narrator Dan Bittner puts the listener right into the middle of the action with his reading of this dystopian adventure. For six years, Cal and his brother, James, have been part of The Glorious Path, a militant religious regime that took over the West after civil war broke out in the United States. But now all Cal can think about is returning home to New York. Bittner's somber tone matches the dark themes of the story--war, violence, and the choices that must be made to find a path. His intense delivery works well to portray Cal's emotional stress and feverish activity in fighting both for and against the Path. E.N. © AudioFile 2014, Portland, Maine [Published: APRIL 2014]