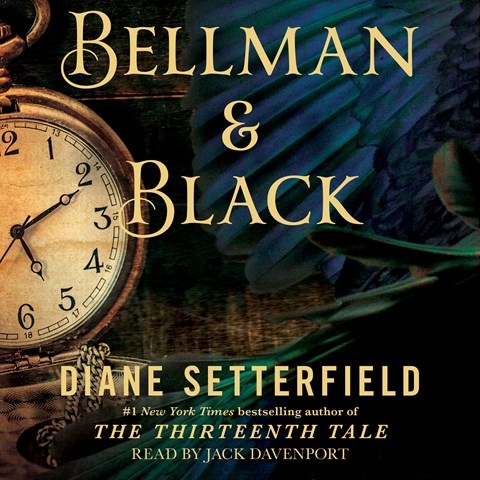 Eerily told and prosaically performed, this ghost story recounts what appears to be the simple life of William Bellman and his subsequent rise to fortune. Little does he know that a chance act of childhood cruelty will shift his life into the realm of the macabre. Narrator Jack Davenport superbly captures the ambiance of rural Victorian England, a setting that has echoes of Thomas Hardy's works. Davenport captures life in a textile mill with an admirable ease of expression, pacing, accent, and tone. The plot slips into the gothic when a mysterious stranger appears, altering William's life, and Davenport's performance reflects the shift with a deeper and darker tone. The black rook that weaves throughout the story adds a bleak and haunting presence. A.W. Winner of AudioFile Earphones Award © AudioFile 2013, Portland, Maine [Published: NOVEMBER 2013]