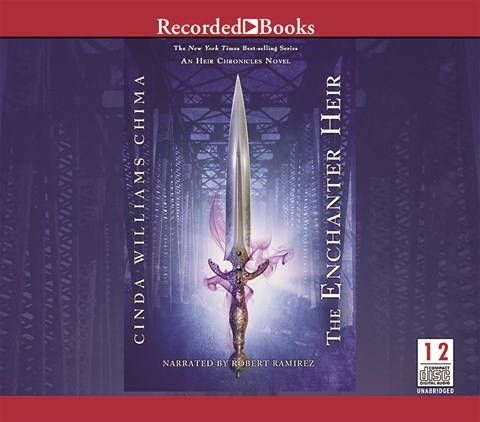 Robert Ramirez captures the listener’s attention immediately, recounting the events (and the aftermath 10 years later) of a massacre that killed all the adults and many children in the Thorn Hill community in Brazil. In this addition to the Heir Chronicles, 17-year-old Jonah, a member of the Nightshade network, becomes concerned when someone begins murdering members of the Wizard Guild. Ramirez’s performance offers an intriguing look at the backstory of Jonah, the surviving children, and their magical gifts. He creates a credible world in which Jonah and Emma , a lovely young woman, search for the truth hidden in their past. Ramirez keeps listeners engaged with his youthful voice, his spot-on pacing, and his ability to convey Jonah’s sense of longing and confusion. S.J.H. © AudioFile 2014, Portland, Maine [Published: FEBRUARY 2014]