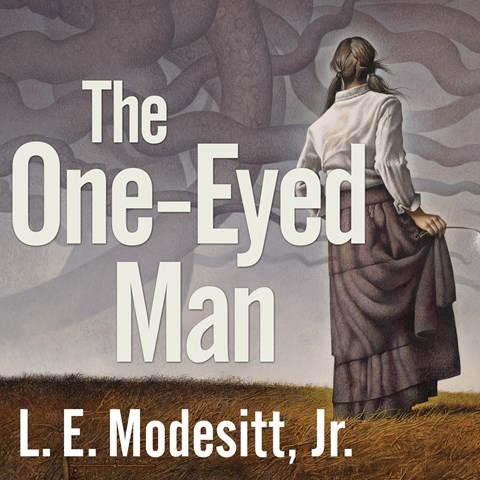 THE ONE-EYED MAN A Fugue, With Winds and Accompaniment

Protagonist Dr. Paulo Verano is attitude personified, and narrator William Dufris delivers that in spades—at first sounding cocky and sardonic, later inquisitive and suspicious. Paulo is recently divorced; his ex-wife and daughter have gotten most of his money. So the noted freelance ecologist escapes to an assignment on faraway Stittara, the planet responsible for drugs that have doubled human life spans. Dufris unveils the many facets of Paulo—who is brilliant, out of his element, even vulnerable—as he uncovers the secrets of Stittara while encountering scheming bureaucrats, distrustful settlers, and a rhyming savant. All are brought artfully to life in his narration. This production takes viewers to a distant place, which, thanks to Dufris, feels as familiar as next door. D.E.M. © AudioFile 2013, Portland, Maine [Published: DECEMBER 2013]