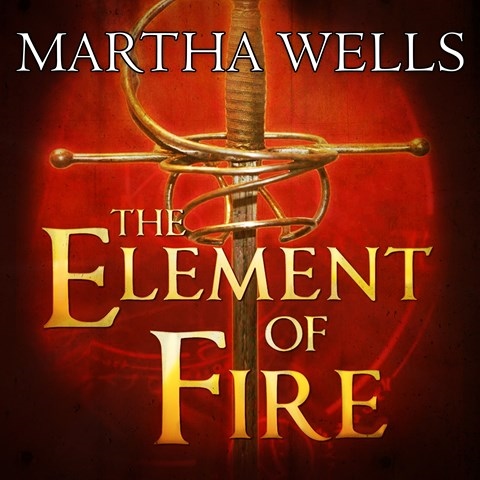 THE ELEMENT OF FIRE Ile-Rien, Book 1

This initial book in the twenty-year-old Ile-Rien series, together with a number of other books in the series, has recently been released in the audio format. Derek Perkins perseveres through the introductory descriptions of a setting that is reminiscent of eighteenth-century France. He navigates listeners through the court intrigue with a sense of engagement. When the narrative voice is Thomas, the captain of the Dowager Queen’s Guard, Perkins is a strong, quiet, and dependable champion. When Roland, the king, takes over the storytelling, Perkins adroitly conveys his weak character, especially his terror of his mother, the Dowager Queen. Magic, swordplay, and adventure are present in abundance. J.E.M. © AudioFile 2013, Portland, Maine [Published: NOVEMBER 2013]