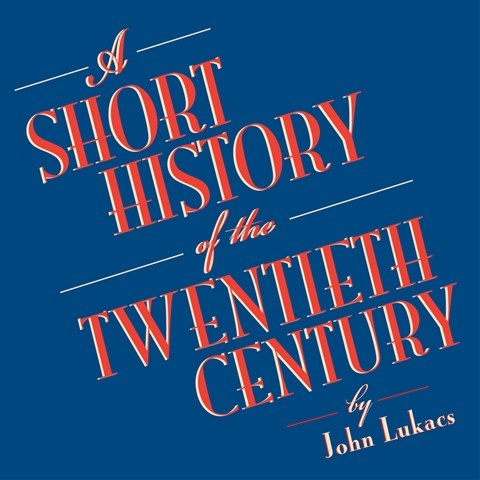 A SHORT HISTORY OF THE TWENTIETH CENTURY

In this penetrating and vigorous examination of the events that took place between the time the United States entered WWI and the day the Cold War ended with the collapse of the Berlin Wall in 1989, Gildart Jackson narrates with a studied, urbane British accent. Jackson's mannered delivery dovetails perfectly with Hungarian-born historian John Lukacs's choice of Euro-centric detail and a focus on England's paramount role in both world wars, especially the political savvy and grit of Winston Churchill during WWII. The century was saturated with huge global events and the oversized voices and personalities of Stalin, Hitler, Roosevelt, and Kennedy, but for Lukacs the history of the twentieth century remains best told with a decidedly English tone. B.P. © AudioFile 2013, Portland, Maine [Published: DECEMBER 2013]