Home»Reviews»LAST OF THE BLUE AND GRAY 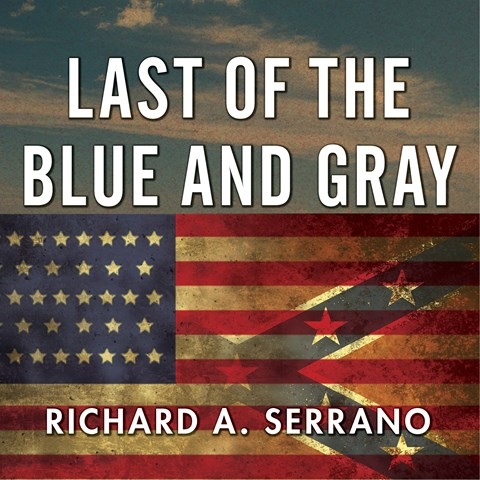 LAST OF THE BLUE AND GRAY Old Men, Stolen Glory, and the Mystery That Outlived the Civil War

by Richard A. Serrano | Read by Dan John Miller

Using his baritone voice to good effect, Dan John Miller does a fine job performing Serrano's account of the last living Civil War veterans. This work reveals that the last authenticated living veteran was Albert Woolson, who served in a Minnesota Artillery regiment but saw no combat and died in 1956. The supposed last veteran, Walter Williams, who died in 1959, was a fraud. Along the way, the author describes how the veterans of the Civil War were honored over the years and tells of the other men who were, and a few who actually were not, among the last veterans. Miller's easygoing and expressive voice does well in reading both narrative and quotations, for which he sometimes provides a distinct voice or accent. M.T.F. © AudioFile 2013, Portland, Maine [Published: DECEMBER 2013]