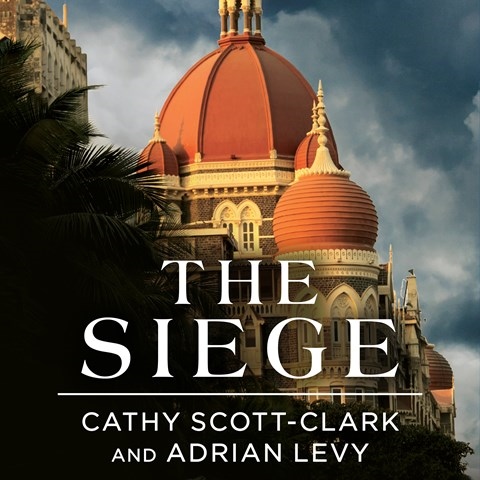 THE SIEGE 68 Hours Inside the Taj Hotel

The authors recount the events of a harrowing terrorist attack that transpired in Mumbai, India, in November of 2008. Narrator James Langton is clear and measured in chronicling the coordinated attack on the luxurious Taj Mahal Palace Hotel, Oberoi Trident, Leopold Cafe, and other locations of significance in Mumbai by members of a Pakistani terrorist organization. This account includes individual stories of the people affected by the attack as well as a look at the attackers themselves. Langton's light Scots accent is easy to listen to, but the names of the many people described are hard to keep straight, and the description of the sustained horrific assault in the hotel is chilling. S.E.G. © AudioFile 2014, Portland, Maine [Published: FEBRUARY 2014]