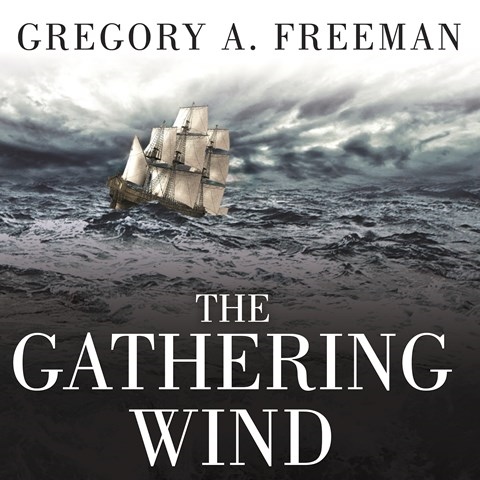 THE GATHERING WIND Hurricane Sandy, the Sailing Ship Bounty, and a Courageous Rescue at Sea

by Gregory A. Freeman | Read by David Drummond

Freeman tells the dramatic tale of the 2012 sinking of the tall ship BOUNTY (a replica of HMS BOUNTY) off North Carolina and the extraordinary Coast Guard rescue effort to save her crew. This is not a general story of Sandy but one of the most dramatic stories that resulted from the superstorm. David Drummond's clear, hard-edged voice is perfect for this harrowing account of catastrophe and survival. His pace is good, and his pronunciation is always clear. Neither the waves of technical terms used to describe the tall ship nor the spray of jargon associated with the airborne search and rescue phase him. Freeman structures his story well, and Drummond keeps one engaged with learning the fate of BOUNTY's crew. F.C. © AudioFile 2014, Portland, Maine [Published: JANUARY 2014]