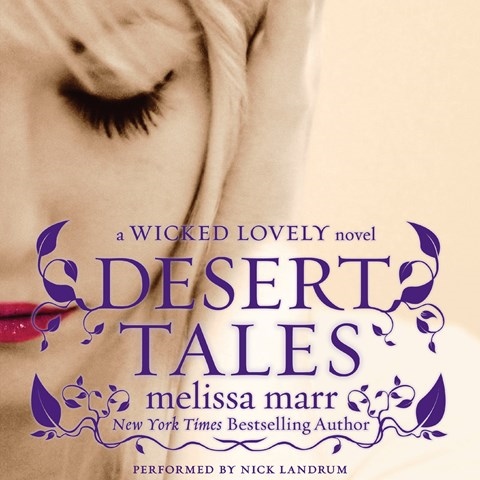 Fairies are known for having a trickster side, but narrator Nick Landrum makes them downright devilish with his sultry tones. Forget the iridescent wings and glitter--the fairies in this story mean serious business. Landrum gives heroine Rika a soft, soothing tone to match her reserved and shy nature, while her fox fairy friend and confidante, Sionnach, has a deep baritone that is as hot as the Mojave Desert, which he calls home. Landrum's portrayal of Jace, Rika's human love interest, contrasts beautifully with the character of Sionnach--the bright tones of youth clashing with the fox fairy's sarcasm. The plot is a bit underdeveloped, but Landrum's vocal prowess and clear enunciation will warm ears and hearts. E.E. © AudioFile 2013, Portland, Maine [Published: DECEMBER 2013]