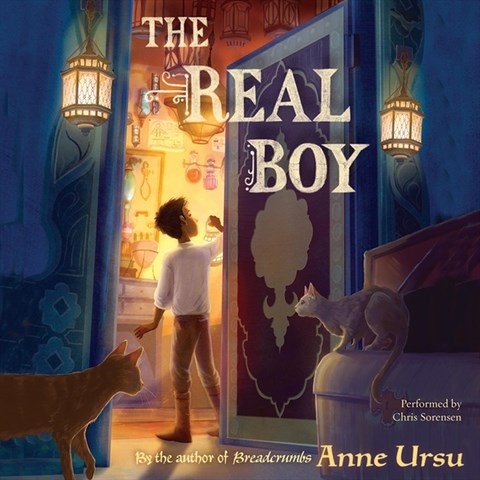 Oscar is content being the assistant of the only magician left in his city, Master Caleb. Oscar spends his time either in the wizard's garden, collecting plants, or in the shop's basement, preparing ingredients with only cats for company. Chris Sorensen executes Oscar's paralyzing social anxiety with his intonation--he transforms Oscar's wooden responses into questions, as if he's unsure whether each answer is correct. Sorensen gives Oscar a soft and loving tone as he interacts with the cats and makes Master Caleb sound brisk and authoritative. When Master Caleb and his apprentice leave the city, Oscar and Callie, the healer's apprentice, are challenged to deal with a contagious illness and a ravaging monster. M.F.T. © AudioFile 2013, Portland, Maine [Published: DECEMBER 2013]