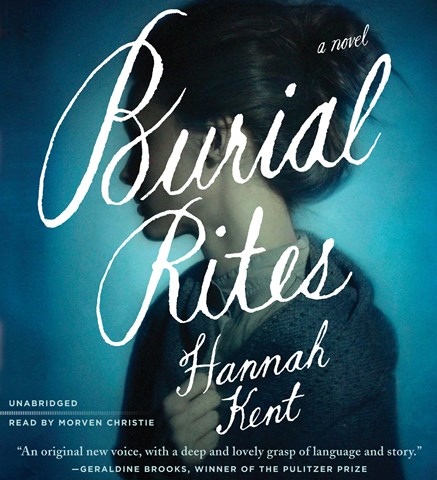 A novel based on the final weeks of the last woman executed in Iceland may sound off-putting, but Hannah Kent's novel is involving and moving listening. As narrated by the talented Morven Christie, the story unfolds in a considered fashion. Set in 1828, the book focuses on Agnes, one of three convicted killers of two farmers. While awaiting her execution in a countryside with no prison, she is sent to live in a district officer's home and to receive spiritual advice from a local reverend. Although Christie does not use significantly altered voices to differentiate the central narrators, the characters remain distinct. And her thoughtful pace beautifully evokes the isolated setting and timeless nature of the story. A.C.S. © AudioFile 2013, Portland, Maine [Published: DECEMBER 2013]