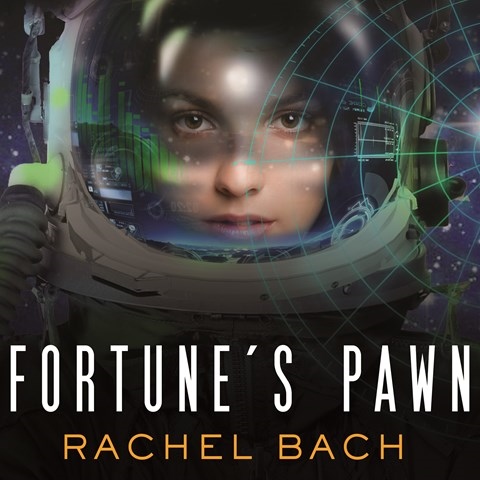 Narrator Emily Durante strives mightily to solve the mystery of Devi Morris in Bach's new series. Devi is an ambitious, wily, battle-tested mercenary who too often comes across as a whiny, lovesick teen or a damsel in distress. The jarring contradictions in this book are enough to give a listener whiplash. In addition to portraying the many facets of Devi, Durante does her best to elevate the one-dimensional characters who make up the crew of the Glorious Fool, a "cursed" trade ship that is the next rung on Devi's career ladder. This production features a narrator admirably attempting to humanize a space opera that wanders and then concludes, open ended, with a convenient deus ex machina. D.E.M. © AudioFile 2014, Portland, Maine [Published: FEBRUARY 2014]