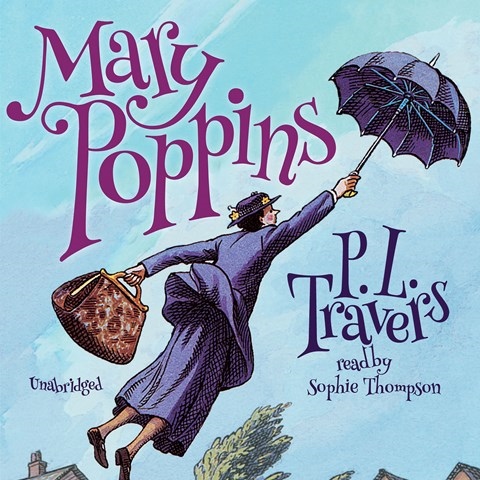 The east wind drops the mysterious Mary Poppins onto Jane and Michael’s doorstep in response to their mother’s advertisement for a nanny. Narrator Sophie Thompson conveys the story’s sense of wonder with drawn-out or whispered words. And with bubbly enthusiasm she provides a diverse range of voices for the numerous human and animal characters frolicking in Poppins’s magical outings. Thompson’s high-pitched voice works well to inject some humor into the female characters; however, many of the male voices, like Mr. Banks’s and Bert’s, suffer, coming across more like the voices of boys than of men. While the fuzzy transitions between characters may cause slight confusion, young listeners will most likely be whisked along by the energetic performance. M.F. © AudioFile 2013, Portland, Maine [Published: OCTOBER 2013]