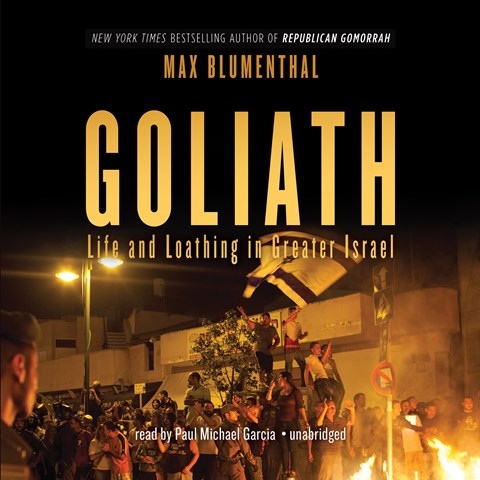 Blumenthal, a New York Times reporter, delves deeply into recent Israeli history to produce a book that details the effects of the collapse of the Oslo peace talks in 2009 and the rise of the right-wing government that currently rules the country. Paul Michael Garcia approaches this book with a seriousness of purpose appropriate to its tone. His deep voice, with its elements of reverberation, is a perfect complement to the authoritative reporter who wrote the book. Also lending the work credibility are his terrific diction and pronunciation. Garcia doesn’t have great range, though, and that becomes a burden as this long book progresses. It’s difficult to listen to him for long stretches. R.I.G. © AudioFile 2013, Portland, Maine [Published: DECEMBER 2013]