Home»Reviews»THE MINISTRY OF GUIDANCE INVITES YOU TO NOT STAY 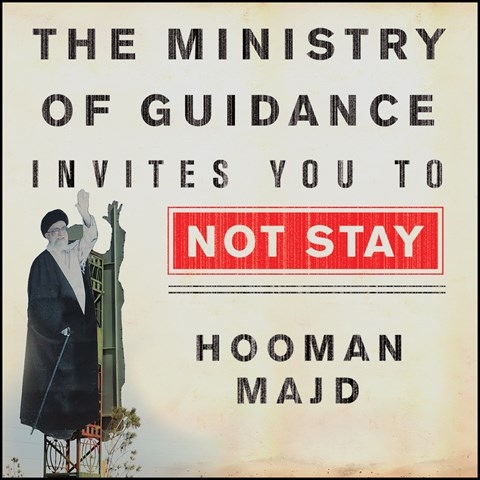 Narrator Michael Kramer's many talents include his ability to portray a persona using only subtle accents and shadings of tone. Such skill is evident here from the opening lines as he convincingly delivers all the emotion and understated drama of author Majd's chronicle of a year spent in his native Iran with his American wife and their toddler son. Kramer perfectly hits every note—from wry amusement at the behavior of political leaders to exasperation at the living conditions and anger about what reformers have endured from the regime. Madj has written about Iran before, but listeners will find that this time it's personal. Kramer's conversational tone and pace add to the intimacy and immediacy of this timely audiobook. M.O.B. © AudioFile 2013, Portland, Maine [Published: DECEMBER 2013]