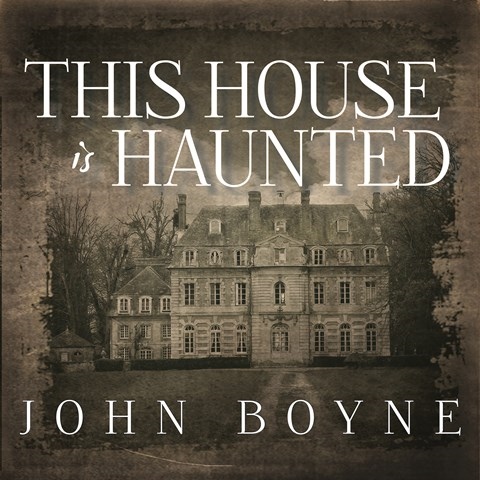 THIS HOUSE IS HAUNTED

Alison Larkin narrates this Dickensian mystery, told from the first- person point of view of Eliza Caine, the young woman recently hired as governess at Gaudlin Hall. All the previous governesses have been run off or died mysteriously, and, based on the strange and dangerous things happening around Eliza, it seems she may be next. Larkin's voice for the young Eliza is initially somewhat off-putting. However, her storytelling ability is so powerful that any distracting qualities of her voice are quickly dispelled by her mesmerizing performance. Larkin's delivery allows the listener to feel both Eliza's fear and her conviction, giving this spooky ghost story an immediacy that makes it a thrilling listen. J.L.K. © AudioFile 2014, Portland, Maine [Published: JANUARY 2014]