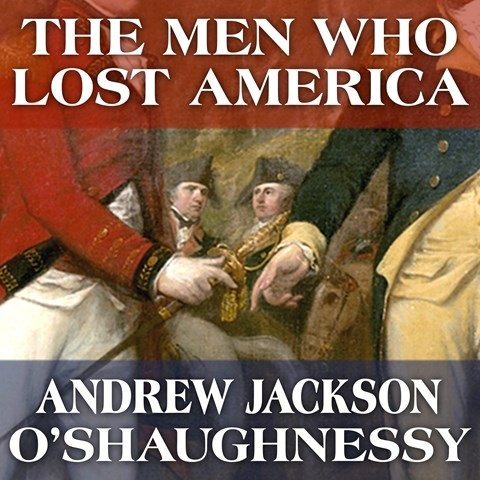 THE MEN WHO LOST AMERICA British Leadership, the American Revolution and the Fate of the Empire

O'Shaughnessy approaches Revolutionary War history from an interesting angle. This is a series of biographies of British military and political leaders, which bring out details most non-historians won't know. Gildart Jackson has a slightly brassy narrating voice with an easy and professional expressiveness and sense of pacing. He gives colonists a modern American accent that's a little strained but mostly convincing. It's hard to say what they really sounded like, but he surely errs in giving an American accent to the British Thomas Paine. He enlivens the presentation by emoting whenever he has the chance, and by assigning the various figures distinctive speaking voices. The history is interesting and the reading vigorous and generally polished, a solid combination. W.M. © AudioFile 2014, Portland, Maine [Published: FEBRUARY 2014]