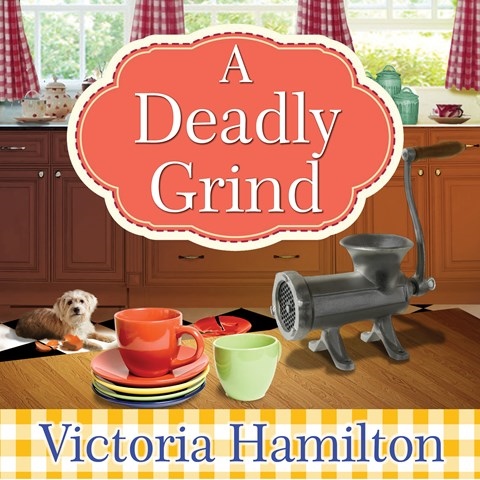 Emily Woo Zeller brings sensitivity and depth to the character of Jaymie Leighton, antique collector and budding cookbook writer. In this debut novel in the Vintage Kitchen series, Jaymie finds a new love at an estate sale. But winning the bid on the classic Hoosier kitchen cabinet places her in the middle of a murder scene. Zeller's high, soft voice lends itself to Jaymie's self-consciousness about her age and romantic history, as well as her initial trepidation toward criminal investigation. However, as Jaymie's confidence in her instincts grows, Zeller's voice sheds some hesitancy and deepens. Though Jaymie is at the center, many characters move in and out of the story, and Zeller does well keeping them distinguished, particularly other female characters. A.S. © AudioFile 2014, Portland, Maine [Published: FEBRUARY 2014]