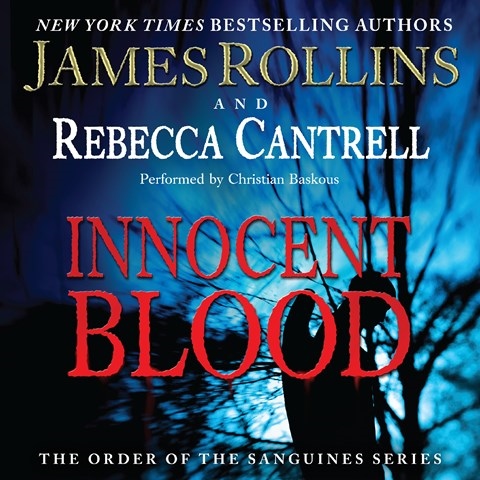 INNOCENT BLOOD The Order of the Sanguines Series, Book 2

Fans of THE DA VINCI CODE will find much to admire in Christian Baskous's narration of this religious thriller, complete with an angel on earth. Baskous's voice has a raspy quality that heightens the adventurous mystery at the center of this sequel. He manages capably with archaeologist Erin Granger, making her academic credentials believable with a voice that sounds intelligent and measured. Confident in his style, Baskous transitions easily between dialogue and accents for characters and the narrative of high-action sequences. The result draws listeners deeper into Erin's journey to preserve the future of humanity. M.R. © AudioFile 2014, Portland, Maine [Published: JANUARY 2014]