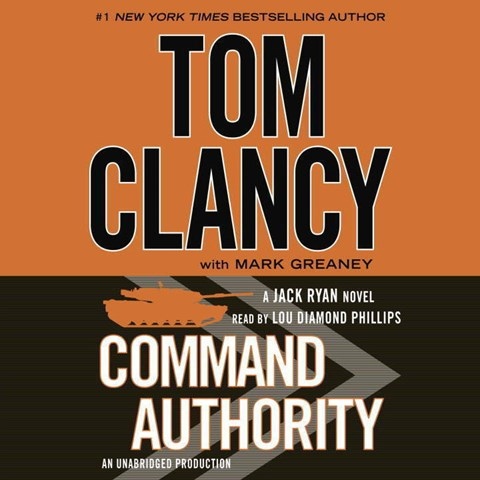 Jack Ryan is still president of the United States, and the Russians are back--more awful than ever! As delivered by actor Lou Diamond Phillips, the last of Clancy's techno-thrillers once again shows that the late Clancy was a master of the action scene. As always, the action is accompanied, but undiminished, by a blizzard of military jargon. Phillips has a clear voice and a pleasant, even cadence. He does an excellent job with the fast-paced, muscular dialogue that makes up much of Clancy's story (when guns aren't blazing). Phillips's Russian accents have a slightly tongue-in-cheek tone. His only weakness is his pronunciation of some Eastern European names. Listeners who enjoy the genre will enjoy this audiobook. F.C. © AudioFile 2013, Portland, Maine [Published: DECEMBER 2013]