Home»Reviews»SAINTS OF THE SHADOW BIBLE 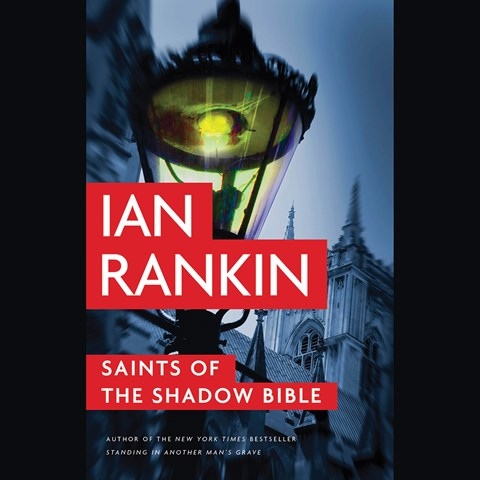 SAINTS OF THE SHADOW BIBLE

Ian Rankin’s latest Rebus mystery is stuffed full of multiple plotlines, but James MacPherson’s pacing and various character voices keep the story rolling along with the listener hooked, and never confused. Rebus is once again an Edinburgh cop, thanks to a change in retirement policy, but at the cost of a demotion, which results in his former protégée, Siobhan Clarke, now outranking him. MacPherson’s tones make clear that Rebus is still cranky and mischievously wayward while Clarke, who has less of a Scots brogue, is more controlled. MacPherson’s fine performance includes gruff crooks, powerful businessmen, sleazy lawyers with stretched out syllables, and a slurring ex-police officer weakened by a stroke. A.B. © AudioFile 2014, Portland, Maine [Published: JANUARY 2014]