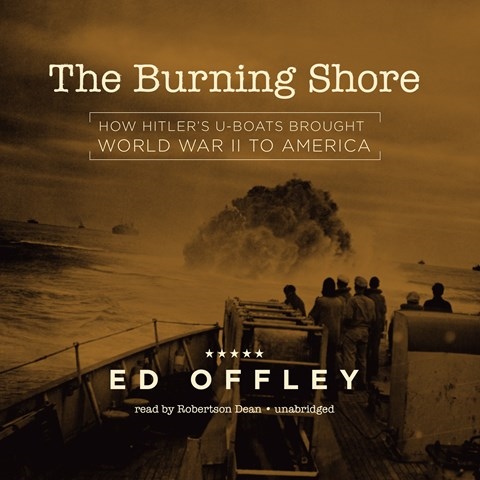 Along the Eastern Seaboard in 1942, merchant ships were being targeted by German U-boats. Ed Offley profiles the men on one of those U-boats and the Americans who ended their attacks. Robertson Dean's deep voice draws listeners in, and the story keeps them there. Dean wisely lets the accounts of the damage near American shores, the efforts to end the threat, and the harsh conditions the U-boat crews endured fascinate listeners on their own merits. Along the way, anecdotes, such as the one about a "Noah's Ark" ship, break the dramatic tension. It doesn't matter whether listeners are war buffs or those just looking for a good listen; the intriguing detail makes this a gripping WWII story. J.A.S. © AudioFile 2014, Portland, Maine [Published: JULY 2014]