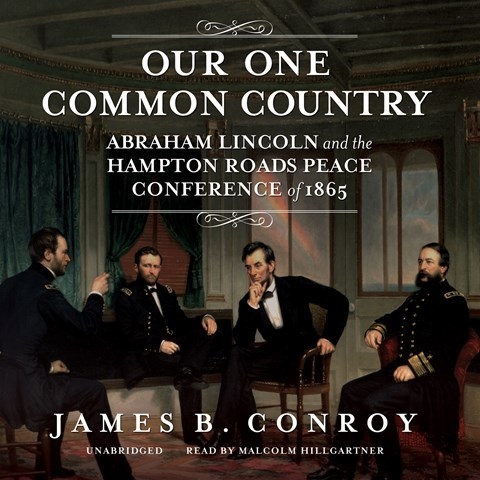 by James B. Conroy | Read by Malcolm Hillgartner

The end of the Civil War is one of those bits of history we all think we know: Appomattox and all that. This audiobook opens up the story of the men who were trying to end the carnage weeks and months earlier, most notably through a peace conference at Hampton Roads, Virginia. Narrator Malcolm Hillgartner lets the story carry itself without unnecessary added drama and shades his voice just enough that we can tell when quotations start and end. He conveys passion where it’s warranted, particularly in the Southern editorials, without jarring the overall tenor of the production. D.M.H. © AudioFile 2014, Portland, Maine [Published: OCTOBER 2014]