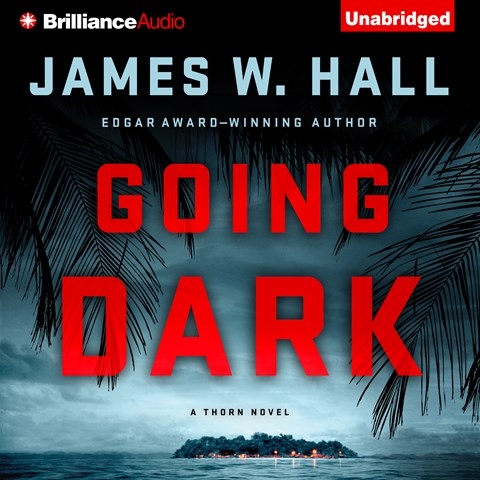 Narrator David de Vries handles the strangely alarming but slow beginning of this intriguing and riveting novel with skill, leading listeners deep into the Florida wilderness and trapping them there with Thorn, the series hero, and his recently discovered son, Flynn Moss. Flynn is involved with the self-styled radical environmental group Earth Liberation Front (ELF) and their planned attack on the nuclear power plant at Turkey Point. De Vries offers vibrant character portrayals, especially of Thorn and aging FBI agent Frank Sheffield, an acquaintance of Thorn’s. De Vries adds plenty of drama and suspense to Hall’s examination of some of today’s environmental challenges. Series fans and new ones will enjoy the ride. S.C.A. © AudioFile 2014, Portland, Maine [Published: FEBRUARY 2014]