Home»Reviews»IF ONLY IN MY DREAMS 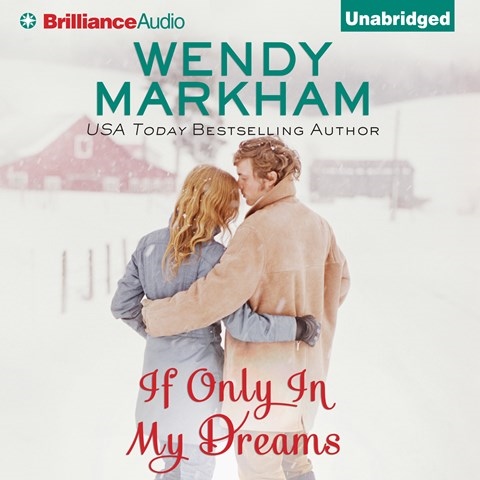 IF ONLY IN MY DREAMS

Justine Eyre's narration of this time-travel holiday romance is sure to warm listeners’ hearts. In 1941, Clara is an actress working on a film set when she finds herself whisked into the past, where she comes face-to-face with the real-life version of her film character's love interest, Jed Landry. It’s easy to believe in Jed and Clara’s romance. Justine Eyre brings a deep, rich voice to Jed, giving him the air of a gentleman. She balances Clara personality with both innocence and strong independence. Eyre brings deep emotion to each character and paces the story well, always keeping listeners in mind of the couple’s limited time together. Eyre's narration will have listeners believing in second chances and a bit of magic at the holidays. S.B.T. © AudioFile 2014, Portland, Maine [Published: JANUARY 2014]