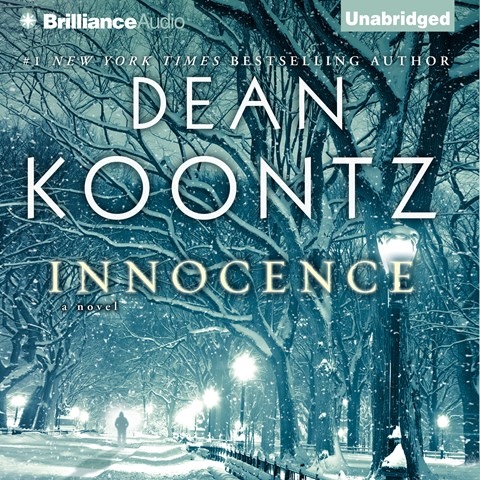 In one of his best novels, Dean Koontz tells of a young man named Addison who lives underground to avoid contact with humans. As narrator MacLeod Andrews brings listeners into Addison's strange world, the character meets an equally strange young woman who paints her face in goth makeup and can't bear the touch of another person. As the hero tells it, his visage is so horrible that people immediately try to kill him. Yet Addison remains optimistic, almost angelic, in his insistence that he is to blame for how he looks. Andrews’s voice evokes an otherworldly tenderness in his portrayal of Addison and a world-weary aggression as Gwyneth. Switching from past to present allows Koontz to bring listeners in on Addison's journey to self-awareness as he becomes part of world-changing events. M.S. Winner of AudioFile Earphones Award © AudioFile 2013, Portland, Maine [Published: DECEMBER 2013]