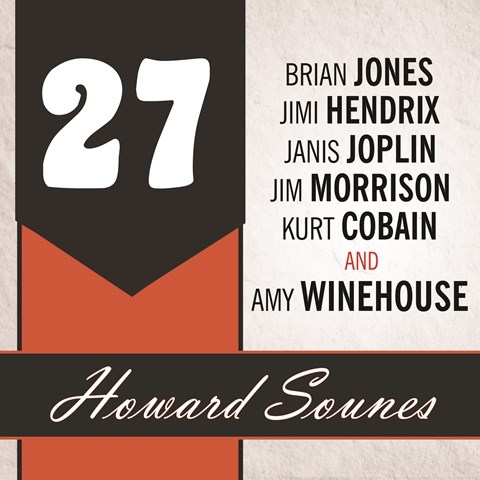 27 The History of the 27 Club Through the Lives of Brian Jones, Jimi Hendrix, Janis Joplin, Jim Morrison, Kurt Cobain, and Amy Winehouse

The "27 Club" refers to the string of dead rock stars who all met their demise at that tender age--from legendary '60s casualties like Brian Jones, Jimi Hendrix, Jim Morrison, and Janis Joplin to more recent fatalities like Kurt Cobain and Amy Winehouse. And while there have been other musical artists over the years who passed away at that ill-fated age, it is these six artists Howard Sounes has chosen to showcase in this interwoven narrative. Although Todd McLaren is an astute reader, he makes the mistake of trying to imitate the vocal patterns of the book's principals, and the results are unconvincing. Otherwise, his wry delivery is well suited to this cautionary tale of success and excess, and the fine line between the two. J.S.H. © AudioFile 2014, Portland, Maine [Published: JANUARY 2014]