HomeÂ»ReviewsÂ»THE NAME OF THE ROSE 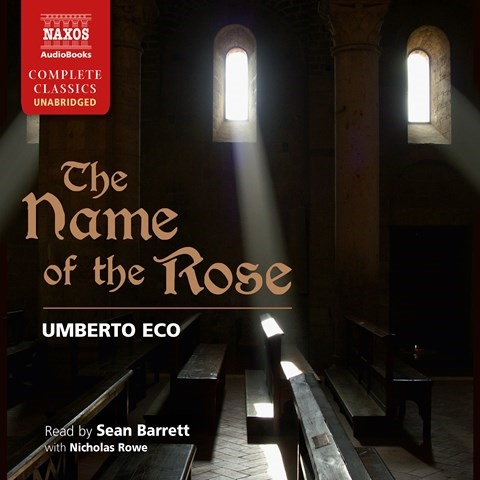 THE NAME OF THE ROSE

Sean Barrett adopts a reminiscent air as Adso, now an old man, tells of a time when he was a novice traveling with Brother William. Brother William was tasked with investigating charges of heresy at an abbey in 1327 and ended up also solving a series of murders. Barrett deftly handles the Latin phrases (no translation provided) and the long passages of church history and politics that are woven into the interviews and inquiries of Brother William. The general tone is reflective of the quiet monastery setting; however, Barrett finds opportunity for artfully varying the pace and attitude. Chapter introductions and the preface are narrated simply and clearly by Nicholas Rowe and Neville Jason, respectively. J.E.M. © AudioFile 2014, Portland, Maine [Published: MARCH 2014]