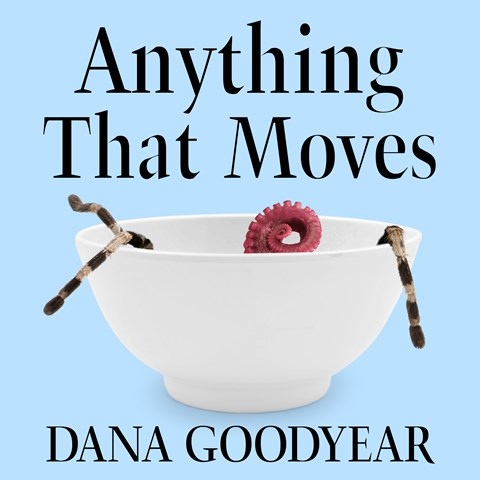 ANYTHING THAT MOVES Renegade Chefs, Fearless Eaters, and the Making of a New American Food Culture

Author Dana Goodyear's exploration of the current trend of extreme eating covers the gamut from the raw milk movement to restaurants that incorporate insect eggs into their dishes and private dinner clubs that specialize in serving exotic animals. But this fascinating and sometimes graphic treatise is marred by narrator Jane Jacobs's uneven performance. Although Jacobs reads with enthusiasm, varying her voice to make it easy to follow the dialogue, listeners are left with the sense that she isn't fully invested in the subject matter. Her narration is somewhat stilted and peppered with unexpected pauses and emphases, giving her performance a mechanical feel. Food lovers interested in 21st-century food culture and its principals would do better to read this account in print. C.B.L. © AudioFile 2014, Portland, Maine [Published: JANUARY 2014]