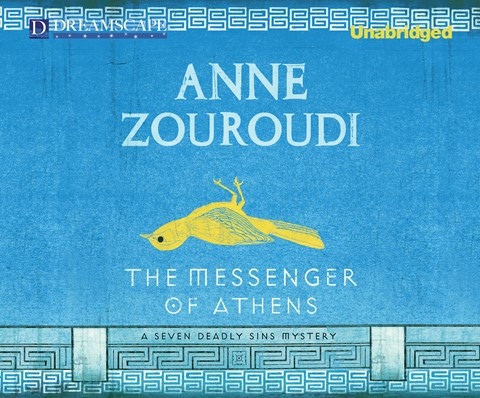 THE MESSENGER OF ATHENS

Gildart Jackson has the kind of voice you can listen to for hours. Happily, when you combine this wonderful vocal talent with an absolutely terrific story filled with original characters, believable situations, and plot points that keep your head spinning, you know you're in for an exceptional listening experience. A woman's body is found in a ravine. Local police close the case, calling it a suicide. Mysterious Hermes Diaktoros, "the Fat Man," arrives from Athens to the island of Thiminos to investigate the death. His unorthodox methods of inquiry lay bare the island's dark underbelly and the secrets of its inhabitants. This is the first in what promises to be an exciting series featuring the intriguing and engaging "Fat Man." Let's hope Gildart Jackson continues to narrate. S.J.H. Winner of AudioFile Earphones Award © AudioFile 2014, Portland, Maine [Published: FEBRUARY 2014]