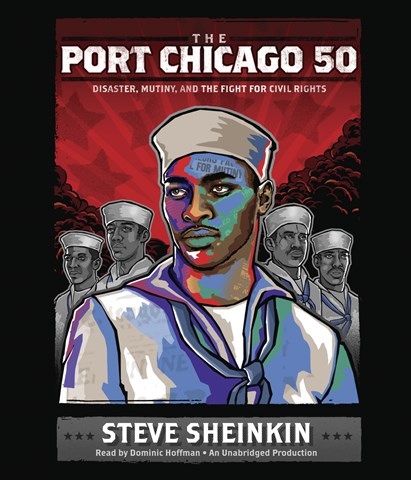 THE PORT CHICAGO 50 Disaster, Mutiny, and the Fight for Civil Rights

Narrator Dominic Hoffman serves as an outstanding educator while also capturing the voices of many of the victims of this tragedy. He also portrays Supreme Court Justice Thurgood Marshall, who became involved with their case. In 1944, on the segregated naval base in Port Chicago, California, 300 black sailors were killed and many others injured when the munitions they were loading onto warships exploded. Three weeks later they refused to return to their unsafe duties. During a court-martial, they were found guilty of mutiny despite much evidence to the contrary. This audiobook offers young listeners a splendid opportunity to hear a trial in action and learn about the beginning of the Civil Rights Movement. S.G.B. © AudioFile 2014, Portland, Maine [Published: JANUARY 2014]