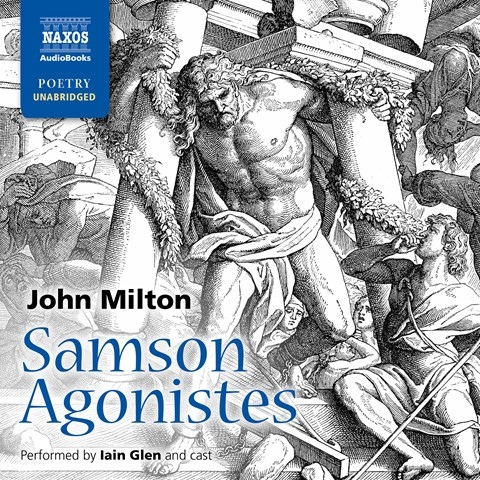 While Milton's closet drama was not intended to be performed onstage, it could have been written for audio. Iain Glen and his supporting cast give listeners everything we need to follow this seventeenth-century disquisition on faith, duty, and blindness, both physical and moral. Glen's Samson is agonized by guilt and faith but is energized out of his despair by the taunting visit of Delilah, wonderfully portrayed by Samantha Bond. The rest of the cast is nearly as good, making Milton's iambic pentameter as understandable as ordinary speech, but more thrilling. Some of Milton's attitudes (particularly toward women) may not be palatable to contemporary listeners, but this is a first-rate performance of a classic work. D.M.H. Winner of AudioFile Earphones Award © AudioFile 2014, Portland, Maine [Published: MAY 2014]