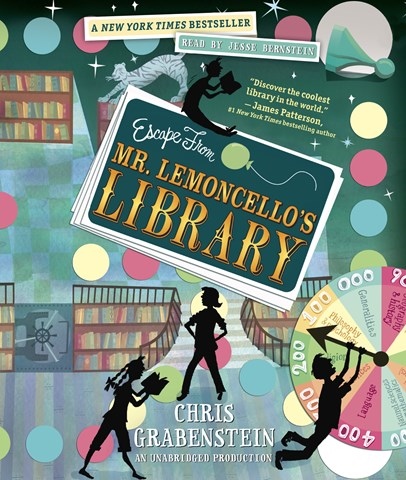 It’s a battle of wits and literary knowledge when Kyle Keeley and his friends find themselves in a futuristic library filled with avatars and holograms. Narrator Jesse Bernstein’s youthful voice captures the personalities of the young contestants who must discover clues to escaping the library and winning the grand prize. Though the librarian’s Russian accent is somewhat flimsy, Bernstein’s articulate and carefully modulated voice reveals the outrageous moments in the game show-esque atmosphere without taking away from the children’s earnestness, or the lessons about team playing and character building. The wealth of literary and game-show references may not be understood by all children; however, Bernstein’s engaging performance may inspire listeners to check out some of the titles mentioned. M.F. © AudioFile 2014, Portland, Maine [Published: JANUARY 2014]