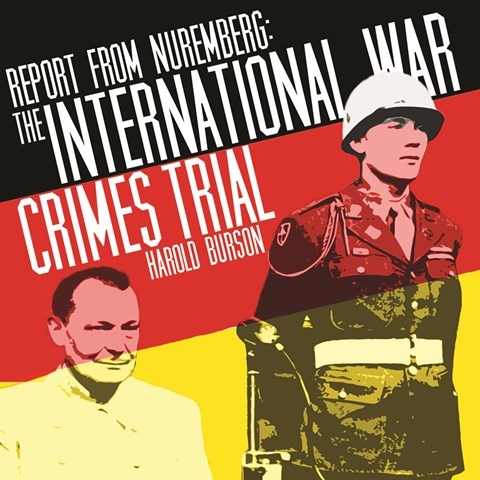 Modern journalists could learn from Harold Burson's reporting of the Nuremberg trial for Nazis, conducted in 1945-46. The audiobook— using original scripts and delivered by such stellar performers as Stefan Rudnicki, Scott Brick, and others—offers a chilling look into the minds of the men who helped Hitler in his evil quest. The narrators add their own style to the script. Brick, in particular, imparts the clipped severe style he’s known for, which makes the audiobook even more powerful. The reports are so well written that the narrators had an easy task. To hear the arrogance of Hermann Göering, Martin Bormann, and others as they justify their actions is sobering. There is even an all-too-brief interview with Burson in which he talks about the trials he covered for the Armed Forces Radio Network. M.S. 2015 Audies Finalist © AudioFile 2014, Portland, Maine [Published: MARCH 2014]