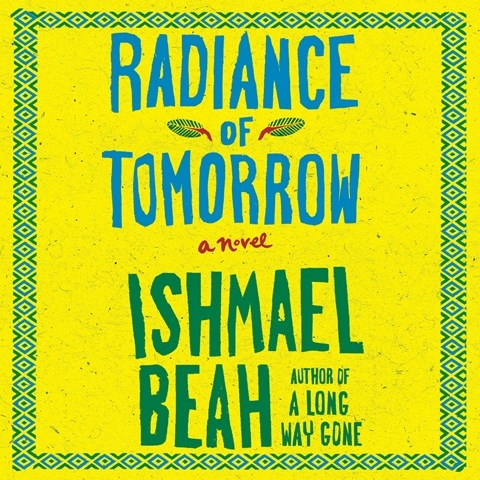 Dion Graham skillfully balances his presentation of this harrowing novel by the author of the bestselling memoir A LONG WAY GONE. The story is set in modern-day Sierra Leone after the civil war. Graham's lyrical delivery illustrates Beah's claim that he brings his country's oral tradition to his writing. The written and spoken word are both beautiful and horrifying as the elderly Mama Kadie and Pa Moiwa, along with others, return home to find their town destroyed, the only signs of its former residents the human bones scattered about. The villagers hope for closure by cleaning, dignifying, and burying what are probably their families’ and neighbors' remains. However, they still believe tomorrow will bring the possibility of a better future. As Beah aptly notes, "Is it the end or maybe the beginning of another story? Every story is a birth." S.G.B. 2015 Audies Finalist © AudioFile 2014, Portland, Maine [Published: JANUARY 2014]