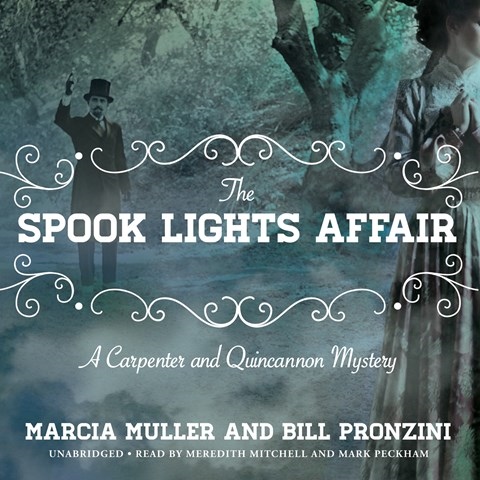 This undemanding mystery set in California in 1895 is enhanced by proficient storytellers Meredith Mitchell and Mark Peckham. Both handle their characters in a way that leads listeners to respect the two detectives who inhabit the somewhat predictable stories of a flighty debutante and a missing Wells Fargo fortune. As these parallel cases are pursued separately by partners Sabina and John, the listener expects them to converge. To add to the intrigue, Sherlock Holmes is in San Francisco despite the fact that he’s presumed dead in England. Incognito, he contributes to the investigations with the understanding that he’s to remain secret. Although Sabina is left with a trite ending and John is aggrieved with his outcome, the narrators shine. M.N.T. © AudioFile 2014, Portland, Maine [Published: FEBRUARY 2014]