Home»Reviews»THE PEOPLE OF THE RUINS 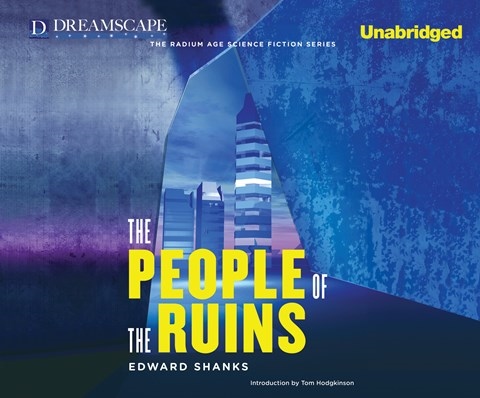 THE PEOPLE OF THE RUINS

In this sterling production of a grim Radium-Age postapocalyptic novel, narrator Steven Crossley flourishes as characters repopulate a decimated Great Britain. Crossley tells the story through the confused eyes of Jeremy Tuft, a former artilleryman and physics professor. Trapped in a London laboratory during a worker uprising in 1924, Jeremy awakens 150 years later in a neo-medieval society whose inhabitants have forgotten how to build or operate machinery. Crossley presents Jeremy as a believable academic forced by circumstance to become a man of action. Thanks to Crossley's velvety, precise delivery, this very British production is both enjoyable and accessible. D.E.M. © AudioFile 2014, Portland, Maine [Published: APRIL 2014]