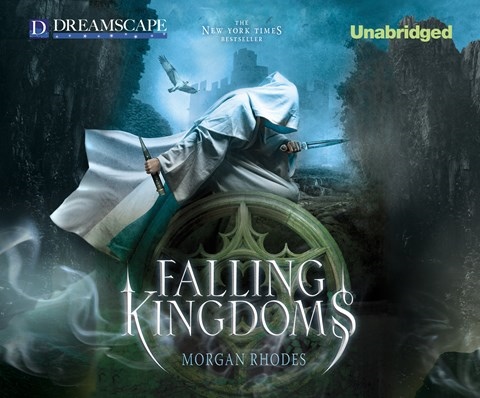 Narrator Fred Berman quickly draws the listener into a complex world of rival kingdoms, secrets, conspiracies, and murder, a world not unlike that in GAME OF THRONES. The story is told from the perspectives of four young people whose lives are thrown into chaos after a royal kills the son of a winemaker. The enhanced varied accents Berman uses for the kingdom’s many citizens ensure smooth transitions between the alternating viewpoints. Berman is especially gifted at conveying emotional intent: Jonas’s barely controlled anger hissed between gritted teeth, Magnus’s clipped tones of contempt and disgust at his father’s greed, and Princess Cleo’s fierce determination to save her sister. The strong performance will resonate with fans of epic fantasy. M.F.T. © AudioFile 2014, Portland, Maine [Published: MARCH 2014]